The Reptilians have retreated into the underground and are currently preparing their escape. That’s why a lot of people are disappearing. All exits are sealed, everything is shut down; this is the reason for the lockdown and the narrative of a second or third virus wave.

Their plan is to leave Earth with their ships just before the Solar Flash arrives. As soon as they leave orbit, they would get caught in the Galactic Confederation’s crossfire, because it’s still a intergalactic war, and the evidence is now beginning to stretch all the way down to the surface:

That’s why they want to take as many human hostages as possible, to use them as human shields to maintain a safe path through the Confederation Fleet.

Although the Confederation could theoretically accept a partial loss of population by extracting the Souls of those captured humans before they would be harmed on the Reptilian ships (Ashtar Command has such technology), it becomes critical at a certain mass to actually save everyone.

But the main problem is that the Souls of these humans can get trapped on the Dark Ones’ ships (using energy fields), and the Chimera with its exotic technology are even capable to harm them on non-physical level.

The first priority of the Galactic Confederation has always been to prevent unnecessary suffering and harm to humanity as much as possible, and the Reptilians know that. 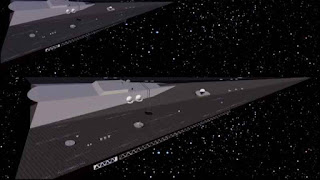 Therefore, shortly before the Event, they want to capture as many people as possible – in masses, with huge ships, according to the Pleiadians at least one third of the population. They will not reveal themselves during these operations, they will simply place another controlled power in front (they would never reveal themselves to humanity). 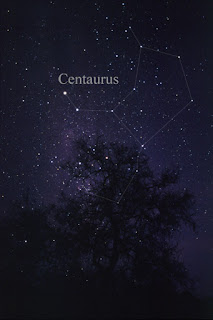 They don’t seem to care about the Solar Flash either, their plan is simply to change planet again by taking a part of the population, who are kept like farm animals, and just install a new Grid somewhere else. They already have a new planet for their new planetary concentration camp (somewhere in the Alpha Centauri system, according to the Pleiadian sources):

The Cabal are preparing for this at the moment, hence the lockdown. They don’t want people travelling around anymore, they want people at home and they want them tracked, so they can be rounded up much easier. 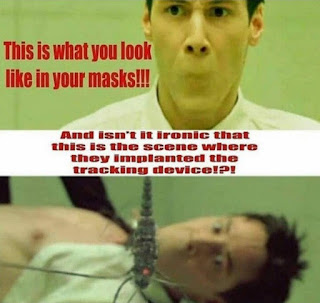 This is also the reason for the ongoing lockdown, the burgeoning race war and the civil war-like conditions that the Cabal is trying to trigger. They need the people in fear and in hatred to ensure the lowest vibration possible, the Pleiadians would say they need the people “contaminated”. 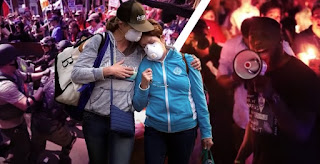 That’s the Dark Ones’ plan right now (which doesn’t mean it has to happen this way). Needless to say, the Light Forces are aware it and, of course, have a counter plan.

Nevertheless, the Galactic Confederation is calling on humanity to stop the fighting, the racial hatred, the commentary battles on the internet, the quarrels, the negative thoughts, etc.

It is now more important than ever to keep his own vibration high in order to avoid being taken hostage by Reptilians.

Because the target group would be people who are still completely trapped in the matrix, who do not know anything about such things, who are involved in current conflicts and hatred, who eat meat (like the Reptilians themselves), who generally tend to live an unhealthy lifestyle, who are open to occupations by neg. beings,  etc.

The Pleiadians state that this would also affect many people from poor or remote areas of the world, who are completely unaware of the situation, including the Amazon Rainforest (many Goddesses incarnated there + Reptilian stronghold), Africa (also Reptilian stronghold) and Asia (especially India).

The readers of blogs like this one (or generally awake and spiritually active people) would most likely not be affected by this, because their vibration is already high.

But it is still important maintain neutrality, peace, purity… to go into nature, to meditate, to retreat, to purify yourself, to chant, to purify chakras, to eat healthy, to practice yoga, to connect with the source and to pray for humanity.

It is also no longer about accumulating materialism, the times are over now. It is now about acting shamanistic, to get the spiritual daily routine going and sending Peace, Calmness and Love into the Quantum Field, flooding the Crystalline Grid of the Earth with it.

Everybody is allowed to clean the Earth with Light. If 100.000 people would do this every day, the Reptilians would not stand it any more. That is why they are disturbing everything at the moment, they need as many people as possible in these negative energies to manifest their ideal escape scenario, but humanity has to get out of it.

Now it’s about completing the mission, saving humanity and Souls and not being brainwashed by politics, left-right thinking, patriotism, racial conflicts or religions, that’s all just Cabal controlled occupational therapy.

As for the rest of the year, in autumn the economic consequences of the corona lockdown will really start to take effect, all previous impacts will not even be worth mentioning in comparison, there will be no going back to the old normality indeed.

Also, clairvoyant surface sources indicate, that this autumn there might be an incident, which practically could or will bring the world to a halt (it is therefore further recommended to store supplies at home).

Not much information is given on this, but it is assumed that the Cabal will roll out a staged 9/11-style event. Although they are pushing a second wave of the pandemic at the moment, it will probably be something else then, something significant bigger, maybe also an external threat, since these plans exist and the Cabal is also slowly running out of options:

It might actually be a staged Alien False Flag, especially considering the information that the Pleiadians have released for this update (this does not necessarily have to be the mentioned mass capture, it could just be a first strike by the negative Secret Space Program/Dark Fleet … as a prequel).

Remote Viewing Sources see for autumn chaos and that simply nothing would work anymore.

Several time periods are mentioned, however, September and November seem to be in focus here. If I get more information on this, I will post it.

Please also remember that these are the current “plans”, whether it will be carried out this way or in this time frame is not a 100% predictable, because the Light Forces will take appropriate countermeasures. But there is a high probability that something big will happen in autumn.

It is important to remain calm, we are already quite close, but it’s gonna be turbulent.

However, the Light Forces are announcing that they have their protecting hand over mankind.